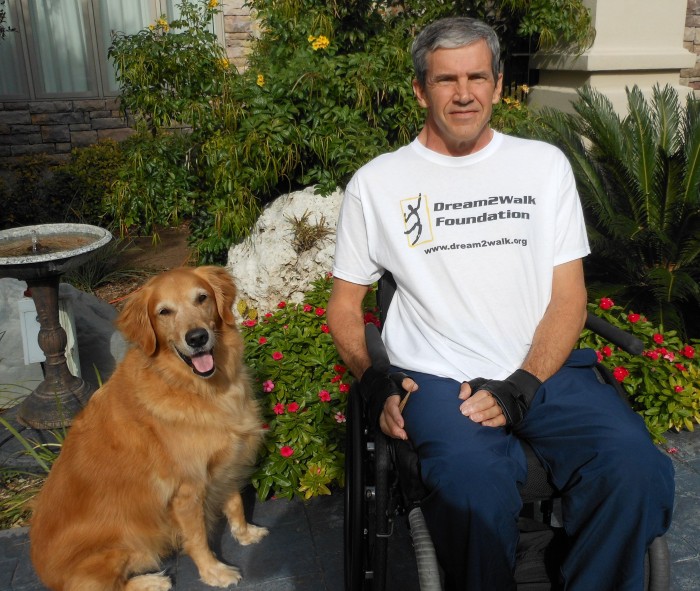 Riding a mountain bike, his golden retriever Yogi by his side, Paul Horton suddenly caught a curb and flew over the handlebars. Right away, he says, “I realized I was in big trouble.” Sprawled on a deserted dead-end road, Horton, 59, couldn’t move; he’d fractured vertebrae. The retired engineer urged Yogi to run home for help, but the dog wouldn’t leave his side-until they heard people nearby and Yogi took off, barking frantically. “He was agitated and really wanted us to follow him,” says neighbor Maggie Tate. They trailed Yogi for 100 feet, where they found Horton. “There was a real possibility that I could have died,” he says. He’s out of danger, but for months “Yogi stuck to me like glue. He still stays within sight of me.” – People Magazine

Click the url below to find out more about Paul.

With your support and generosity we have been able to grant 64 hours of rehabilitation therapy to Paul at Project Walk Austin!